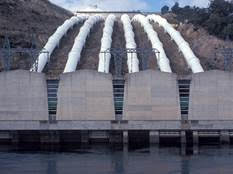 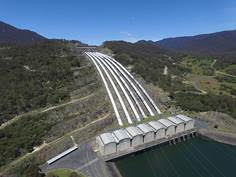 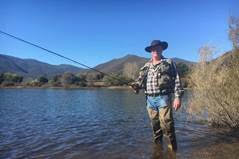 This tour of the New South Wales High Country in the Snowy Mountains includes a personalised tour of the Tumut 3 power plant and overview of the planned Snowy 2.0 pumped hydro facilities. The Snowy Mountains Scheme is a hydroelectricity and irrigation complex in south-east Australia. The Scheme consists of sixteen major dams; seven power stations; one pumping station; and 225 kilometres (140 mi) of tunnels, pipelines and aqueducts that were constructed between 1949 and 1974. The Scheme is the largest engineering project ever undertaken in Australia and is now listed on the national heritage register.

To begin, delegates will depart Albury on the Hume Freeway stopping briefly at Gundagai to take in a key part of the Australian culture – the Dog on the Tuckerbox – which featured in the poetry of noted Australian “Banjo” Patterson. From morning tea at Gundagai the bus will make its way through Adelong and then follow the banks of Blowering Dam and Jounama Pondage to the Snowy Hydro information centre in Talbingo. Talbingo is home to the Tumut 3 power station. Tumut Hydroelectric Power Station is a series of three hydroelectric power stations on the Tumut River in New South Wales, Australia, that are part of the Snowy Mountains Scheme and owned by Snowy Hydro Limited.

Following lunch with the Snowy Hydro team in Talbingo, delegates will visit Talbingo Dam and learn about the Snowy 2.0 scheme. In March 2017, the Australian Government proposed to expand the 4.1 GW Snowy Mountains Scheme by 2 GW using pumped storage that incorporates new tunnels and power stations, but no new dams. The 80% efficiency of such storage can be sufficient in levelling differences between supply and demand. However, there are many issues regarding the transfer of fish from the source reservoir (Talbingo) to the upper reservoir (Tantangara) during the pumping phase. The site is presently the focus of fish-related research and hydropower simulation experiments, which are a world first. The tour offers the opportunity to learn about the project and to discuss some unique fish and hydropower issues. 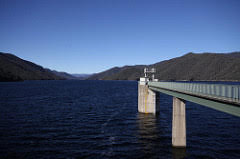 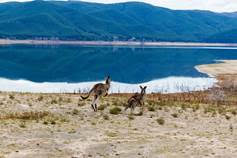