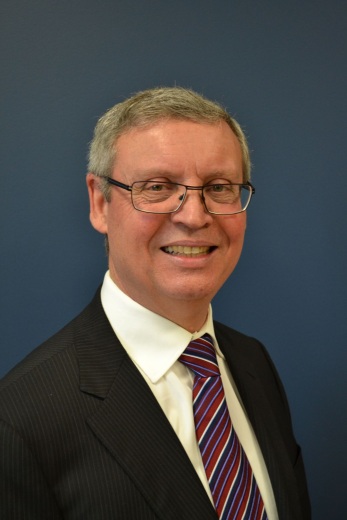 From 1975-2010, Chris Katopodis worked as an engineer in the regulatory review unit of Fisheries and Oceans Canada in Winnipeg, Manitoba, Canada. In this role, Chris reviewed hydro and flow related projects and he had the opportunity to facilitate research on a variety of interdisciplinary topics by collaborating with university partners and consultants. This research has lead to a large number of publications and conference proceedings on hydraulics, hydrology, river morphodynamics, ice dynamics, and on interdisciplinary research that integrate physical and ecological aspects including habitat suitability, swimming ability, and fish behaviour. Following his retirement from Fisheries and Oceans Canada, Chris founded Katopodis Ecohydraulics Ltd., Winnipeg, Manitoba, Canada and continuous to work as consultant and senior advisor on international research programs. He is presently co-editor-in-chief of the Journal of Ecohydraulics.

Being an excellent communicator, Chris has largely contributed to promotion of ecohydraulics as field of research and to the ecohydraulics community as an active member to both the International Conference on River Connectivity (Fish Passage) and the International Symposium of Ecohydraulics (ISE). He continues to contribute to academic collaborations and research programs at several universities around the globe, as external examiner for MSc and PhD theses, as reviewer for many journals, guest editor, and has given guest lectures and workshops in more than 20 countries. Given his contributions and his tireless dedication to students' endeavour and enthusiasm to solve new scientific challenges for the improvement of fish passages, Chris is highly deserving of the Fish Passage Career Achievement Award.

We will re-open the webform at a later date to solicit nominations the Fish Passage 2021 Career Achievement Award. For information on the nomination form and criteria, please see below.

The Fish Passage Career Achievement Award recognizes the efforts of an influential professional whose contributions to the field of fish passage have enhanced fisheries resources.

Consideration is given to:

Any biologist, engineer, or program manager with appreciable career experience working in the field of fish passage. Experience may include field work, design and analysis, research, teaching, regulatory work, management, outreach, or program administration. Recipients may be from private industry, academia, tribal organizations, non-governmental organizations, or government agencies. Members of the 2020 Advisory Board and Organizing Committee are not eligible. Nominations must be submitted before 31st January 2020. Please forward and questions about the process to any member of the coordination team.

The recipient will be selected by the Conference Advisory Board.  The recipient’s name will remain confidential until the public award ceremony at the conference.